The US Supreme Court recently heard oral arguments in a case in which clothing company Abercrombie & Fitch had refused to hire a candidate for a store sales position because of a hijab headscarf that she wore for religious reasons. 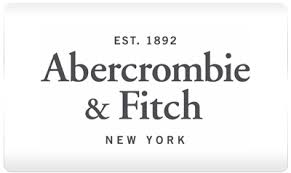 It’s clear that American law, specifically Title VII of the Civil Rights Act of 1964, doesn’t let an employer refuse to hire an individual on account of her religious observance or practice, unless it can’t accommodate the religious practice without undue hardship in the conduct of its business.

What isn’t clear, and what the US Supreme Court will soon decide, is whether an employer can be liable under Title VII for refusing to hire an applicant on account of her religious practice where the candidate didn’t provide the employer with direct, explicit notice of her need for a religious accommodation.

In the recent case, the candidate had applied for a job in a children’s clothing store owned by Abercrombie; she wore a black headscarf to the interview but didn’t say why; and Abercrombie refused to hire her because the headscarf was inconsistent with the company’s “Look Policy” that forbids black clothing and caps. As it turns out, the candidate is Muslim, and wears the black hijab headscarf as part of her religious practice.

The Equal Employment Opportunity Commission, a federal government agency, sued Abercrombie on the candidate’s behalf in federal court. The EEOC argued that the refusal to hire her because of her headscarf was a violation of Title VII. Abercrombie responded, in part, that the candidate should have informed the interviewer that she required an accommodation from the Look Policy.

The district court granted summary judgment for the EEOC. (Summary judgment is a ruling on the law where the facts aren’t in dispute.) The Court of Appeals for the Tenth Circuit reversed, holding that summary judgment should have been granted in favor of Abercrombie. And just 2 weeks ago, the Supreme Court heard oral arguments in a case that’s very narrowly framed: can an employer be liable under Title VII for refusing to hire an applicant based on a religious practice where she didn’t provide the employer with direct, explicit notice of her need for a religious accommodation?

Another way of framing the issue is “Who has the burden of raising the issue during the interview?” The EEOC’s position is that a candidate shouldn’t be required to make a specific request for a religious accommodation to wear a hijab. Abercrombie’s position is that an employer shouldn’t have to guess whether a head scarf is worn for religious reasons or fashion reasons.

All right. Let’s say four — four people show up for a job interview at Abercrombie. And half — this is going to sound like a joke, but, you know, it’s not. (Laughter.) So the first is a Sikh man wearing a turban, the second is a Hasidic man wearing a hat, the third is a Muslim woman wearing a hijab, the fourth is a Catholic nun in a habit. Now, do you think the employer has to — that those people have to say, we just want to tell you, we’re dressed this way for a religious reason. We’re not just trying to make a fashion statement.

A decision is expected within the next few months.

(The New York Times illustrated an article on the oral argument with a photo of rejected candidate Samantha Elauf, her mother, and the EEOC General Counsel on the Supreme Court steps.)