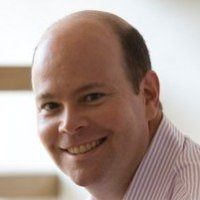 Most of the work was structuring, negotiating, and closing complex real estate development transactions, then implementing the associated development projects. These typically revolved around affordable housing for low-income households, and the revitalization of distressed neighborhoods. The work ranged, however, to include areas as disparate as the preservation of farmland under the economic pressures of urbanization, military base conversion, and incentive-changing legal reform to help reduce the risk of lead-based paint poisoning.  In working on these projects, he engaged in thousands of negotiations, all the while applying the principle-based “win-win” negotiation approach developed at the Harvard Project On Negotiations.

Drew Shagrin has extensive teaching experience.  As a consultant for Legal Lingua, he taught French lawyers American legal doctrines.  While working with Legal Lingua, he also created and led a workshop for French lawyers on principle-based “win-win” negotiation techniques.  At the university level, he’s taught at HEC (Business Ethics, as well as Controversial Legal Issues In American Society); at Sciences-Po (Controversial Legal Issues In American Society); and at ISG (International Business Law, as well as basic Business Law).  His passion for teaching goes back to his days as an undergraduate at Dartmouth College, where he was a teaching assistant in the Spanish department, applying the innovative pedagogical approach developed by Dartmouth professor John Rassias (known in the world of language instruction as the Rassias Method).  He also worked as a teaching assistant at Dartmouth’s summer language institute, and taught high school Spanish teachers at the Laurenceville School how to use the Rassias Method.   Later, while in law school at Berkeley, he taught a semester-long “Street Law” course at a local high school.  At the governance level, he served for several years on the board of the Berkeley Community Law Center (known today as the East Bay Community Law Center), for part of that time chairing the committee overseeing the nonprofit’s educational mission to train Berkeley law students through clinical legal education; and today he serves on the board of the American Section of the Lycée International de Saint-Germain-en-Laye.

Drew Shagrin is also an entrepreneur and business executive.  He founded and operated mamaNANA, a multi-brand online store devoted to breastfeeding fashion and related products. For 10 years, he managed or oversaw all aspects of the business, including strategy, marketing, communications, sales, customer service, finance, purchasing, and logistics.  After peak-year sales of nearly a million euros, he sold mamaNANA in early 2015.